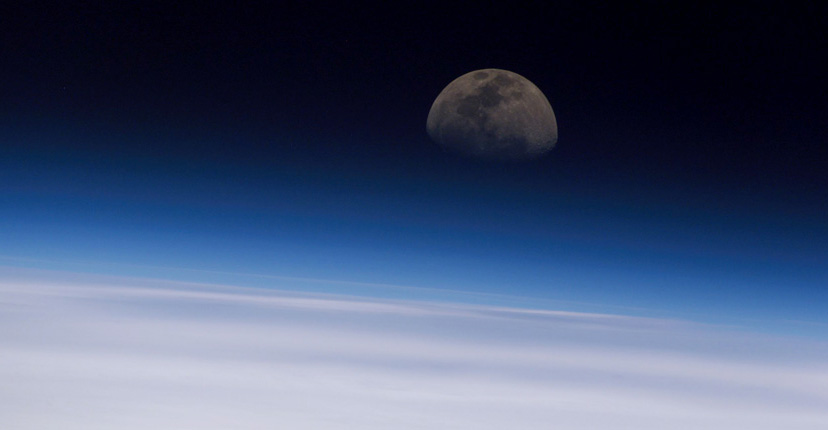 If you’ve seen this video of Earth’s place in the Universe, you’ll have already seen the distance our first radio broadcasts have travelled. You’ll also have seen the huge amount of satellites buzzing around the planet, surrounding us with digital noise.

The founder of the Search for Extra-terrestrial Intelligence (SETI), Dr Frank Drake, says that the chances of alien life discovering our planet are diminishing, in the wake of the digital revolution. Apparently, phasing out analogue transmissions from television, radio and radar is making our planet electronically invisible from outer space.

While old style signals used to spread out millions of miles into outer space, even reaching some distant stars, digital transmissions are much weaker and therefore are less easy to detect by extra-terrestrial life forms.

The earth used to be surrounded by a 50 light year wide shell of radiation, with old-style television transmissions generating around one million watts, but with satellites aiming much of their transmissions towards Earth now virtually no radiation is escaping into outer space.

“Now the actual amount of radiation escaping is about two watts, not much more than you get from a cell phone. If this continues into the future, very soon our world will become undetectable.”

Dr Drake said he remained convinced that intelligent life does exist somewhere in the universe but suggested it was likely to be much more advanced than here on earth. What an irony it is, that in our efforts to improve our own communication networks we may already have cut ourselves off from the rest of the Universe.

In summary, Mobile AR has many paths leading to it. It is this convergence of various paths that makes a true historical appraisal of this technology difficult to achieve. However, I have highlighted facets of its contributing technologies that assist in the developing picture of the implications that Mobile AR has in store. A hybridisation of a number of different technologies, Mobile AR embodies the most gainful properties of its three core technologies: This analyst sees Mobile AR as a logical progression from VR, but recognises its ideological rather than technological founding. The hardware basis of Mobile AR stems from current mobile telephony trends that exploit the growing capabilities of Smartphone devices. The VR philosophy and the mobile technology are fused through the Internet, the means for enabling context-based, live-updating content, and housing databases of developer-built and user-generated digital objects and elements, whilst connecting users across the world.

I have shown that where the interest in VR technologies dwindled due to its limited real-world applicability, Mobile Internet also lacks in comparison to Mobile AR and its massive scope for intuitive, immersive and realistic interpretations of digital information. Wearable AR computing shares VR’s weaknesses, despite keeping the user firmly grounded in physical reality. Mobile AR offers a solution that places the power of these complex systems into a mobile telephone: the ubiquitous technology of our generation. This new platform solves several problems at once, most importantly for AR developers and interested Blue-chip parties, market readiness. Developing for Mobile AR is simply the commercially sensible thing to do, since the related industries are already making the changes required for its mass-distribution.

Like most nascent technologies, AR’s success depends on its commercial viability and financial investment, thus most sensible commercial developers of AR technologies are working on projects for the entertainment and advertising industries, where their efforts can be rewarded quickly. These small-scale projects are often simple in concept, easily grasped and thus not easily forgotten. I claim here that the first Mobile AR releases will generate early interest in the technology and entertainment markets, with the effect that press reportage and word-of-mouth behaviour assist Mobile AR’s uptake. I must be careful with my claims here however, since there is no empirical evidence to suggest that this will occur for Mobile AR. Looking at the emergence of previous technologies, however, the Internet and mobile telephony grew rapidly and to massive commercial success thanks to some strong business models and advancements in their own supporting technologies. It is strongly hoped by developers like Gameware and T-Immersion that Mobile AR can enjoy this same rapid lift-off. Both technologies gained prominence once visible in the markets thanks to a market segment called early adopters. This important group gathers their information from specialist magazine sources and word of mouth. Mobile AR developers would do well to recognise the power of this group, perhaps by offering shareware versions of their AR software that encourage a form of viral transmission that exploit text messaging.

Gameware have an interesting technique for the dissemination of their HARVEE software. They share a business interest with a Bluetooth technology firm, which has donated a prototype product the Bluetooth Push Box, which scans for local mobile devices and automatically sends files to users in acceptance. Gameware’s Push Box sends their latest demo to all visitors to their Cambridge office. This same technology could be placed in public places or commercial spaces to offer localised AR advertising, interactive tourist information, or 3D restaurant menus, perhaps.

Gameware, through its Nokia projects and HARVEE development program is well placed to gain exposure on the back of a market which is set to explode as mobile offerings become commercially viable, ‘social’, powerful, multipurpose and newsworthy. Projects like HARVEE are especially interesting in terms of their wide applicability and mass-market appeal. It is its potential as a revolutionary new medium that inspires this very series.