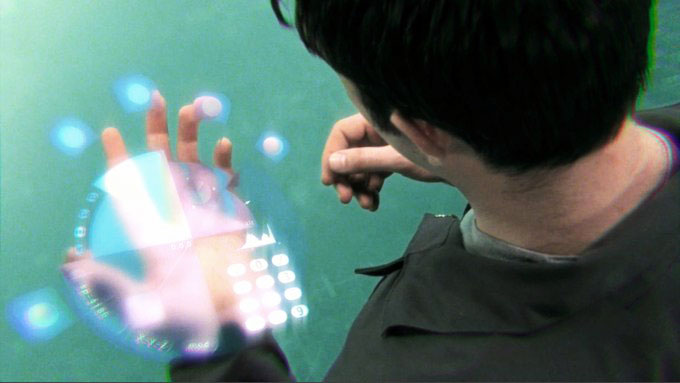 I stumbled upon a video last night, in which a man builds a virtual world using holographic tools for a certain special someone. It’s a blend of astounding graphics, clever user interface ideas, some poignant moments, and an actor who does this odd sideways smirk quite often (but don’t let that spoil it).

World Builder was shot in a single day followed by about 2 years of post production. It has won several short film awards. The film’s creator, Bruce Branit, has built a Facebook community around World Builder, where he’s been sharing updates, behind the scenes material, and the news that he’s pressing on with a feature length version.

My favourite element of this video is Bruce’s interface concept – fingertip control, a wrist-mounted colour & texture palette, and a sense of our favourite Photoshop tools brought into the real-world.

As with all the videos I post here, remember to hit fullscreen, and let me know what you think in the comments. Don’t get too slushy though.