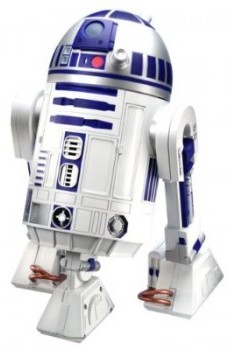 Last year I wrote about these awesome fighting robots from Japan, where  I asked this question:

“I am very interested in at least progressing research into the potential for branded robotics, androids & cybernetics if any readers have thoughts?”

I received an equally awesome response from one Pius Agius, who challenged me on my Western predilection to see robots fighting rather than fulfilling a higher place in society. I reproduce the key lines of our dialogue here:

“Because [the Japanese] accept robots as part of their daily lives more than a majority of those living in the west does not mean we in the so called west cannot build great machines […] We can make better use of our creations than place them in roman like battles. What does that say about us as a civilization?? Let us build machines that can develop and reach their full potential.”

Stunned to have stimulated such a well-considered response, in answer I cited a company that I think are making some great stuff in this field – Festo:

“I think their design-led approach is not only creating some very useful mechanisms, but can potentially change the way we in the West perceive robotics as part of everyday life.”

Check them out if you like – Festo do great stuff.

Meanwhile, I went to see what I could find out about the guy who’d crashed in with his well-considered comment. I found Pius dwelling on the vibrant community pages of Grandroids, a Ning-based social network full of heavyweight discussion on robotics. Members spoke of a ‘Steve Grand’ as the patriarch of their micro-culture. I’m coming back to this…

I don’t think I’ve mentioned this before, but I grew up surrounded by members of the Games Industry in Cambridge. My father was Director of Development at Millennium Interactive, which became Cyberlife, then Creature Labs, and then Gameware Development.

The common thread between these companies was a breakthrough series of Artificial Life games called Creatures. Cyberlife was created to commercialise the work of this very same Steve Grand, where together with a team of artists and programmers they went about developing the Creatures series. 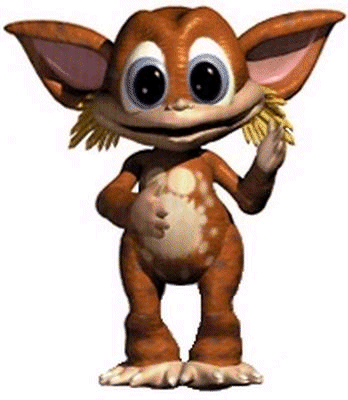 Though artificial life simulators are now a well-established genre (Tamagotchi; Sims; EyePet), the series was first to reach critical and commercial acclaim. Players would take on the role of keepers to cutesy ‘Norns’. But these were no ordinary creations, and in the 90’s Creatures was far ahead of its time.

These creatures would learn and grow, each with their own neural network, and were motivated to survive, and eventually breed in order to pass on their digital genotype. They had the ability to adapt and evolve, iterating towards an understanding of and harmony with their environment.

Years later, Steve is well-established as the leading thinker in AI and robotics. As well as mounds of academic submissions, he’d been running a project to build a series of intelligent robots for rent, as crowd pullers in public events and trade shows. His first robot was a five foot tall humanoid female called Grace, I discovered.

Because I’d found myself on his site, and because I know the guy, I thought I’d go to Steve to ask my initial question once more:

A member of this very network recently commented on my blog, and one Google later I found myself here. With such a vibrant community there’s so much to digest, so I thought I’d go straight to the source…

Part of my job these days is to seek out emerging technologies for advertising purposes, and now that I’ve read about your Grandroids project I am interested to hear your thoughts on how you feel robotics could be of benefit to brands and, in turn, to consumers.

Besides increased traffic to conference booths, what part do you feel your robots might reasonably play when faced with a brief to change the buying behaviours of the general public?

There’s got to be a great piece of research in there.
Do you know anyone who can help me with an answer?

All the best,
Tom

The response, and get ready for it, was this phenomenal piece of prose:

[…] So, um, how might robots like Grace change buying behaviours? God knows! They could certainly have an impact on brand perception, and I suspect that’s a double-edged sword. If the robot is suitably impressive then it improves the company’s image, but if it’s a bit naff then at best it’s just a novelty to draw crowds that the client would then have to secure by other means, and at worst it damages the client’s image.

For instance Asimo has done wonders for Honda’s public image (not in terms of AI, particularly, just general technology), but some other Japanese robots have fared less well, especially those that fall into the Valley of the Uncanny. In other words, they’re lifelike enough to trigger the circuits in our brains that detect things that “aren’t quite right” in other people (signs that we’re being deceived or threatened, say), but they’re not lifelike enough to actually pass the test, so we find them disconcerting. 3D computer games frequently suffer from the same problem, as I’m sure you know, and years ago I predicted that as 3D graphics got better, the demands on intelligent behaviour for game characters would grow intense.

Anyway, I’ve gone off on a tangent. It was a big factor in our design for Grace, though. We deliberately made her look like a robot and didn’t give her human-like skin, etc. Instead I relied on psychological cues of sexiness and lifelikeness that didn’t risk us falling into the Valley of the Uncanny. My point is, you have to get the psychology right or you won’t produce the positive associations in people’s minds that your client needs. The consumers aren’t necessarily going to be able to articulate these things, so they’ll feel bad without knowing why, and you could damage the brand rather than enhance it. I felt I had enough unique experience in designing artificial lifeforms to stay on the safe side of that boundary, though.

One of the things I was keen to achieve was understatement. There are various companies renting out “robots” as crowd pullers (although really they’re just animatronics or remote controlled) and they go for a big noisy splash – flashing lights, big press releases, comedy routines, etc. I wanted Grace to just sit there at the entrance to a booth and be as much like a normal sales girl as possible. I wanted people to do a double-take and then be intrigued. Let them discover it for themselves. It’s a bit like knowing you’ve just been passed by a really powerful motorcycle because you didn’t hear it coming. I think if you do something like this with a fanfare then people will be primed to find something wrong with it, but if you go for the soft sell then they’ll be supportive and impressed. When I wrote Creatures all those centuries ago, my prime principle was that I shouldn’t try to fool people into thinking norns were alive – I should really try my best to make them alive. If people knew I was being honest and doing my best then they’d be on my side, and I think the same is true here. Undersell the robot and you make their company look good by association, as if there’s a lot more under the hood of their products than they’re letting on.

There are also many other kinds of subliminal association that can work for you or against you depending on the client and your ability to tap into the right psychological triggers. I based the look of Grace on the robots Chris Cunningham designed for the video to go with Bjork’s “All is full of love”, because I think he got a lot of those triggers just right – especially the tension between femininity and technology. It’s a bit like designing the iPod – the right curves and the bits you leave out are so important. And with real robots you have to get the behaviour right too, which is a big subject all by itself. Almost all current robots fail miserably in that regard, especially by being too predictable and not subtle enough.

But I don’t think I’m really answering your question, am I? Sorry. Advertising and marketing aren’t my field (I have quite enough fields without adding any more). I don’t really know of anyone who knows about this stuff. One of our “competitors” in New York has a site where they talk quite a bit about the marketing potential of their remote-controlled “robots”, but I can’t for the life of me remember the name of the company (so maybe their advice doesn’t work!).

Looks like it’s down to you to figure it out…

There it is then. The planet’s preeminent ALife & robotics academic, whom has been referred to by Richard Dawkins as “the creator of what I think is the nearest approach to artificial life so far”, is leaving it up to us to answer the big questions:

And so, I ask again, dear reader, what do you think?

Let me know in the comments.

This is incredible. Just when I thought I had a grip of current robot development, the Japanese blow my mind with this piece of raw awesomeness:

It is so difficult to keep pace with the Far East on the technology front, but I am very interested in at least progressing research into the potential for branded robotics, androids & cybernetics if any readers have thoughts?