Total Immersion have launched a new kind of interactive attraction using mobility and augmented reality. This new attraction developed in cooperation with Hanwa Co. (Japan) is a state of the art walk through where guests are swept into an experience merging videogame and real live adventure:

Before entering in the attraction, guests are equipped with a backpack and a video gun (with an infrared camera, one LCD display and a trigger). Guests have to use the video gun to progress inside the horror house and find ghosts. As soon as the ghost is found, guests have to shoot it to collect points and succeed their mission.

T-Immersion are using AR really effectively in this instance, in what I think is a quite impressive videogame-like scenario. This is a departure for T-Immersion, who have formerly been focused on installation-based & and webcam-based AR.

Does this give anyone any good ideas for other, more meaningful AR interactions? Let me know in the comments.

In summary, Mobile AR has many paths leading to it. It is this convergence of various paths that makes a true historical appraisal of this technology difficult to achieve. However, I have highlighted facets of its contributing technologies that assist in the developing picture of the implications that Mobile AR has in store. A hybridisation of a number of different technologies, Mobile AR embodies the most gainful properties of its three core technologies: This analyst sees Mobile AR as a logical progression from VR, but recognises its ideological rather than technological founding. The hardware basis of Mobile AR stems from current mobile telephony trends that exploit the growing capabilities of Smartphone devices. The VR philosophy and the mobile technology are fused through the Internet, the means for enabling context-based, live-updating content, and housing databases of developer-built and user-generated digital objects and elements, whilst connecting users across the world.

I have shown that where the interest in VR technologies dwindled due to its limited real-world applicability, Mobile Internet also lacks in comparison to Mobile AR and its massive scope for intuitive, immersive and realistic interpretations of digital information. Wearable AR computing shares VR’s weaknesses, despite keeping the user firmly grounded in physical reality. Mobile AR offers a solution that places the power of these complex systems into a mobile telephone: the ubiquitous technology of our generation. This new platform solves several problems at once, most importantly for AR developers and interested Blue-chip parties, market readiness. Developing for Mobile AR is simply the commercially sensible thing to do, since the related industries are already making the changes required for its mass-distribution.

Like most nascent technologies, AR’s success depends on its commercial viability and financial investment, thus most sensible commercial developers of AR technologies are working on projects for the entertainment and advertising industries, where their efforts can be rewarded quickly. These small-scale projects are often simple in concept, easily grasped and thus not easily forgotten. I claim here that the first Mobile AR releases will generate early interest in the technology and entertainment markets, with the effect that press reportage and word-of-mouth behaviour assist Mobile AR’s uptake. I must be careful with my claims here however, since there is no empirical evidence to suggest that this will occur for Mobile AR. Looking at the emergence of previous technologies, however, the Internet and mobile telephony grew rapidly and to massive commercial success thanks to some strong business models and advancements in their own supporting technologies. It is strongly hoped by developers like Gameware and T-Immersion that Mobile AR can enjoy this same rapid lift-off. Both technologies gained prominence once visible in the markets thanks to a market segment called early adopters. This important group gathers their information from specialist magazine sources and word of mouth. Mobile AR developers would do well to recognise the power of this group, perhaps by offering shareware versions of their AR software that encourage a form of viral transmission that exploit text messaging.

Gameware have an interesting technique for the dissemination of their HARVEE software. They share a business interest with a Bluetooth technology firm, which has donated a prototype product the Bluetooth Push Box, which scans for local mobile devices and automatically sends files to users in acceptance. Gameware’s Push Box sends their latest demo to all visitors to their Cambridge office. This same technology could be placed in public places or commercial spaces to offer localised AR advertising, interactive tourist information, or 3D restaurant menus, perhaps.

Gameware, through its Nokia projects and HARVEE development program is well placed to gain exposure on the back of a market which is set to explode as mobile offerings become commercially viable, ‘social’, powerful, multipurpose and newsworthy. Projects like HARVEE are especially interesting in terms of their wide applicability and mass-market appeal. It is its potential as a revolutionary new medium that inspires this very series.

The Internet, or specifically the World Wide Web, requires a limited virtuality in order to do its job. The shallow immersion offered to us by our computer screens actually serves our needs very well, since the Internet’s role in our lives is to connect, store and present information in accessible, searchable, scannable, and consistent form for millions of users to access simultaneously, to be dived in and out of quickly or to surround ourselves in the information we want. The naturally-immersive VR takes us partway towards Mobile AR, but its influence stops at the (admittedly profound) concept of real-time interaction with 3D digital images. What the Internet does is bring information to us, but VR forces us to go to it.

This is a function of the Mixed Reality Scale, and the distance of each from The Real. The closer we can bring artefacts from The Virtual to The Real, the more applicable these can be in our everyday lives. The self-sufficient realm of The Virtual does not require grounding in physical reality in order to exist, whereas the Internet and other MR media depend on The Real to operate. AR is the furthest that a virtual object can be ‘stitched into’ our reality, and in doing so we exploit our power in this realm to manipulate and interact with these digital elements to suit our own ends, as we currently do with the World Wide Web.

The wide-ranging entertainment resources offered by the Internet are having a profound effect on real-world businesses, a state of flux that Mobile AR could potentially exploit. There is a shift in the needs of consumers of late that is forcing a change in the ways that many blue-chip organisations are handling their businesses: Mobile data carriers (operators), portals, publishers, content owners and broadcasters are all seeking new content types to face up to the threat of VOIP (Voice Over Internet Protocol) – which is reducing voice traffic; and Web TV/ Internet – reducing (reduced?) TV audiences, particularly in the youth market.

T-Mobile, for example, seeks to improve on revenues through offering unique licensed mobile games, themes, ringtones and video-clips on their T-Zones Mobile Internet Portal; NBC’s hit-series ‘Heroes’ is the most downloaded show on the Internet, forcing NBC to offer exclusive online comics on their webpage, seeking to recoup advertising revenue losses through lacing the pages of these comics with advertising. Mobile AR represents a fresh landscape for these businesses to mine. It is no surprise, then, that some forward-thinking AR developers are already writing software specifically for the display of virtual advertisement billboards in built-up city areas (T-Immersion).

The Internet has changed the way we receive information about the world around us. This hyper-medium has swallowed the world’s information and media content, whilst continuing to enable the development of new and exciting offerings exclusive to the desktop user. The computing capacity required to use the Internet has in the past constrained the medium to the desktop computer, but in the ‘Information Age’ the World Wide Web is just that: World Wide. 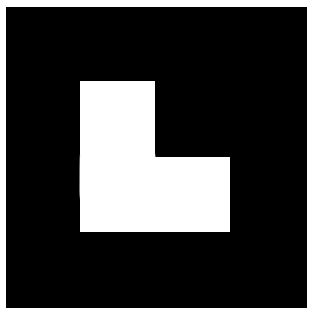 Presently, most AR research is concerned with live video imagery and it’s processing, which allows the addition of live-rendered 3D digital images. This new augmented reality is viewable through a suitably equipped device, which incorporates a camera, a screen and a CPU capable of running specially developed software. This software is written by specialist software programmers, with knowledge of optics, 3D-image rendering, screen design and human interfaces. The work is time consuming and difficult, but since there is little competition in this field, the rare breakthroughs that do occur are as a result of capital investment: something not willingly given to developers of such a nascent technology.

What is exciting about AR research is that once the work is done, its potential is immediately seen, since in essence it is a very simple concept. All that is required from the user is their AR device and a real world target. The target is an object in the real world environment that the software is trained to identify. Typically, these are specially designed black and white cards known as markers:

These assist the recognition software in judging viewing altitude, distance and angle. Upon identification of a marker, the software will project or superimpose a virtual object or graphical overlay above the target, which becomes viewable on the screen of the AR device. As the device moves, the digital object orients in relation to the target in real-time:

The goal of some AR research is to free devices from markers, to teach AR devices to make judgements about spatial movements without fixed reference points. This is the cutting edge of AR research: markerless tracking. Most contemporary research, however, uses either marker-based or GPS information to process an environment.

Marker-based tracking is suited to local AR on a small scale, such as the Invisible Train Project (Wagner et al., 2005) in which players collaboratively keep virtual trains from colliding on a real world toy train track, making changes using their touch-screen handheld computers:

GPS tracking is best applied to large scale AR projects, such as ARQuake (Thomas et al, 2000), which exploits a scale virtual model of the University of Adelaide and a modified Quake engine to place on-campus players into a ‘first-person-shooter’. This application employs use of a headset, wearable computer, and a digital compass, which offer the effect that enemies appear to walk the corridors and ‘hide’ around corners. Players shoot with a motion-sensing arcade gun, but the overall effect is quite crude:

More data input would make the game run smoother and would provide a more immersive player experience. The best applications of AR will exploit multiple data inputs, so that large-scale applications might have the precision of marker-based applications whilst remaining location-aware.

Readers of this blog will be aware that AR’s flexibility as a platform lends applicability to a huge range of fields:

The first commercial work in the AR space was far more playful, however: AR development in media presentations for television has led to such primetime projects as Time Commanders (Lion TV for BBC2, 2003-2005) in which contestants oversee an AR-enabled battlefield, and strategise to defeat the opposing army, and FightBox (Bomb Productions for BBC2, 2003) in which players build avatars to compete in an AR ‘beat-em-up’ that is filmed in front of a live audience; T-Immersion (2003- ) produce interactive visual installations for theme parks and trade expositions; other work is much more simple, in one case the BBC commissioned an AR remote-control virtual Dalek meant for mobile phones, due for free download from BBC Online:

The next entry in this series is a case study in AR development. If you haven’t already done so, please follow me on Twitter or grab an RSS feed to be alerted when my series continues.